Affton Americans U15 CSDHL team won the CCM World Invite in Chicago. After starting the tournament with 1-1 ties against the Toronto Aeros U15 and the Highland Park Illinois Falcons U15, Affton went on a 4-0 run. The team defeated the San Diego Saints Midgets 5-1 and the PAL Jr. Islanders 15U AAA 7-3. In the semifinal game, Affton beat the Oakville Ontario Rangers 4-3. The team took the championship with a 4-1 victory over the Naperville Sabres.

Jake Sisson was named tournament MVP and won a CCM stick. Congratulations to Head Coach Dan Pettibone, his assistants, and the players. 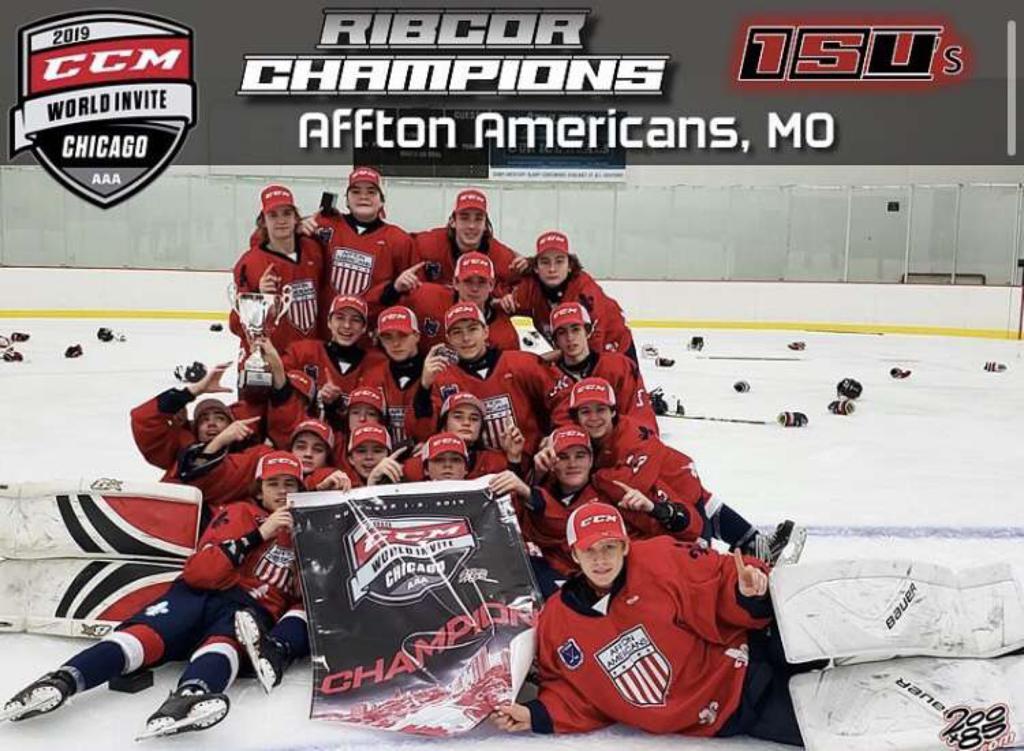